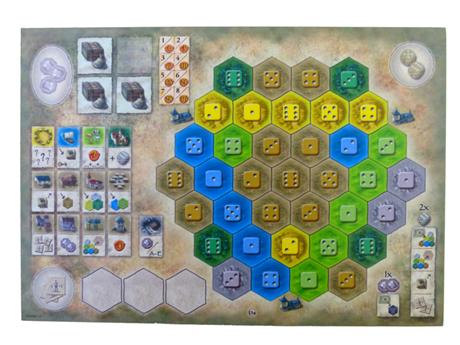 The following rules are then added to the basic game play of "The Castles of Burgundy":


As soon as a player creates a direct, straight connection between two monasteries with 5 connecting tiles on his game board, he earns 5 victory points.

The first player to complete all three connections between his monasteries wins an additional bonus of 5-7 victo ...