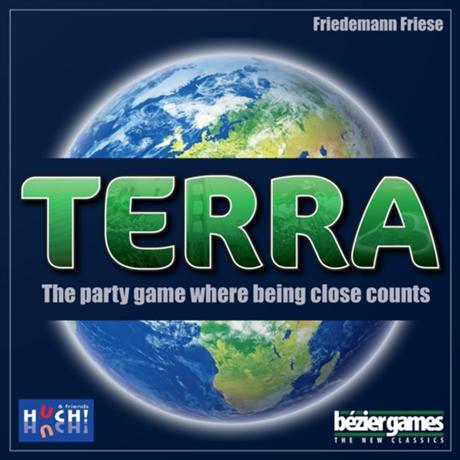 Game description from the publisher:

How long is the Golden Gate Bridge?
Where has “evidence" of the Yeti been found?
How many sculptures are on Easter Island?

It‘s likely that you don‘t know any of these facts. But you might have a rough idea, and that‘s good enough because Terra is the party game where being close counts. And if you have absolutely no idea what the answer is? Take advantage of your friends who do know!

Terra is a redesign of Friedemann’s 2009 SDJ-nominated FAUNA, which had similar mechanics, but was specif ...