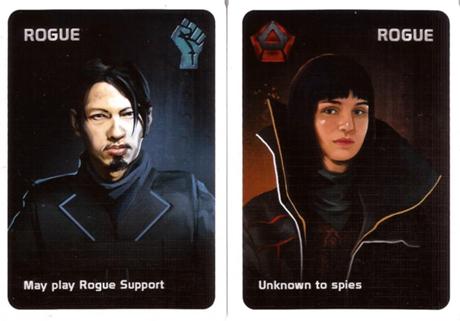 Rogue Agents march to a different drum, whether Spy or Resistance they have their own victory conditions and would rather win by themselves than see their side victorious. Rogues are the first players in The Resistance that have a unique victory condition and are very interesting play option.

First seen in The Resistance: Avalon Promos as Excalibur, the Sergeant is designated by the leader with ability to change mission results. ...