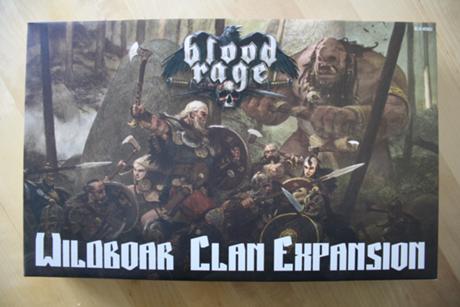 This is a set of items for Blood Rage that were only available during the Kickstarter campaign.

Among the exclusives there were four new monsters: