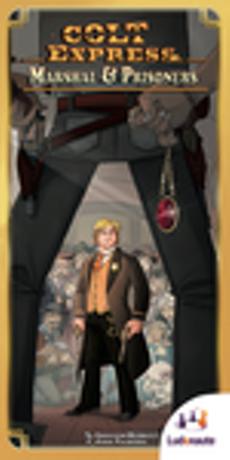 
It adds another character "Mei", a martial arts lady.
The players can free prisoners from the prison wagon that is added to the end of the train.
One player can play as the marshal, who has two decks of bullet cards and three specific items.
The Marshal has got four hidden and random objectives, he must achieve it to win the game (i.e. shoot every bullet from one gun, catch a Bandit, Shoot at every Bandit, ...)
Freeing junior bandits from the priso ...