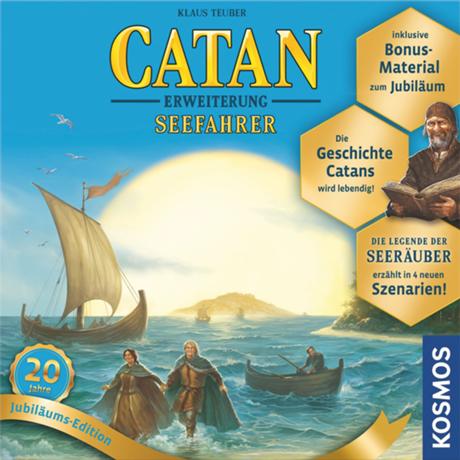 Catan: Seefahrer is an expansion for Catan that includes many water hexes — as well as many different water-hex-heavy variant set-ups — in which players can build shipping lanes, which function similar to roads.

From the publishers site (unofficially translated from German), announced January, 30th 2017:
For 20 years the most popular Catan expansion "Seafarers" adds with a few additional rules endle ...