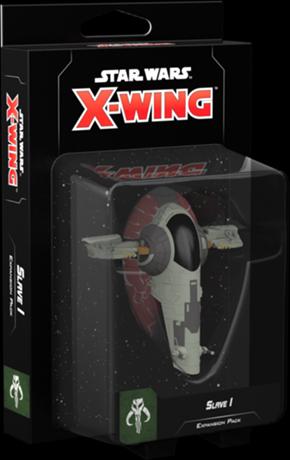 Originally produced for law enforcement purposes, the Firespray-class patrol craft became a favorite of bounty hunters across the galaxy, including the infamous Boba Fett. The ship's robust chassis offers plenty of space for additional weaponry and other less-than-legal modifications. The Slave I Expansion Pack for X-Wing Second Edition gives Scum pilots the chance to fly one of these versatile ships into a new era of space combat.

With a beautifully pre-painted ship miniature as well as all the ship cards, upgrade cards, and tokens you need to get flying, this expansion gives you a v ...