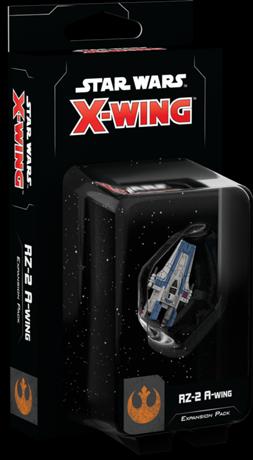 The main interceptor of the Resistance, the RZ-2 A-Wing is the natural evolution of its predecessor used by the Rebel Alliance. With several field-tested refinements integrated into its design, the new generation of A-wing fighters boasts incredible maneuverability to go along with blazingly fast speed, which makes mastering this craft a challenge worthy of the greatest aces.

The RZ-2 A-wing’s three defense dice and ability to evade incoming attacks make it a hard target to hit, and its redesigned swivel mounts deter pursuers by allowing pilots to target enemies behind them. One ...