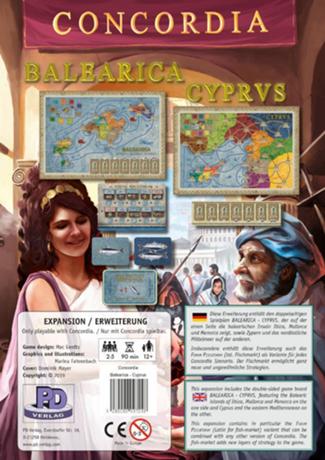 Each player starts with two ships already at sea. There is no capital city to start from. Land colonists are built only later in the game, but can switch their position between the islands.

As an extra, Concordia: Balearica comes with a fishmarket. The fishmarket may be combined not only with the new BALEARICA map, but also used as a variant together with the base game or any other CONCORDIA map.

As a new commodity, fish replace ...