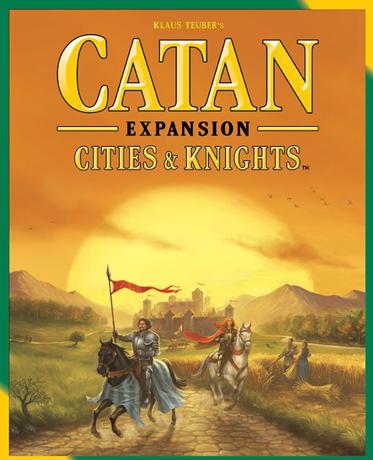 Adds several new aspects to Settlers of Catan but the two major ones are creating knights to protect the land from invading barbarians and building city improvements that confer benefits upon that city's owner. Adds tactical complexity to the game and game length.

Belongs to the Catan Series.

The game changes the base game in three main ways:

First, there are 3 new commodities in the game, distinct from resources - paper, cloth, and coins, which can be acquired from Forest, Meadow, and Mountain spaces, respectively. Cities that would normally produce two of one of th ...